Let’s chat about my all-time favorite Korean dramas! For years, I’ve been a major lover of Korean dramas. I’ve binge-watched numerous hours of dramas, finishing, dropping, and even rewatching a few Kdramas.

As a result, I’m quite excited to offer my top 10 favorite Kdramas! My selection is based on my personal preferences and all of the emotions I experienced while watching these fantastic episodes!

Do you have a nostalgic yearning for the 1980s? This light drama, Reply 1988, the third episode in the Reply series, is a fan favorite, with the second-highest viewership on Korean cable television at the time of its broadcast. Prepare to become immersed in the lives of five families and their teenage children who all live on the same street in a neighborhood in Seoul.

Care about your mental health? This romantic fairy tale drama tackles a compassionate healthcare worker who had a tragic history meets a famous children’s book author who had a personality disorder. They create a slow-burning romance as they get to know each other. They eventually help both of them emotionally heal and move forward to their tragic past.

How about starting a start-up business? This show is about a bunch of millennials who work in the South Korean version of Silicon Valley, as the title suggests. While their professional challenges are reminiscent of HBO’s show Silicon Valley. The show is more rom-com than business satire. You should expect the typical, such as love triangles, meet-cutes, and so on, as it is a Korean drama. #TeamJipyeongForever!

Are you a fan of mystery crime and detective shows? You are the target of Signal. The story centers around a newly found mystery walkie-talkie that allows a detective from 1986 to interact with a modern-day criminal profiler that enables both of them to solve cold cases in South Korea. Some parts of the show have been base on a real-life serial killer in South Korea. As the detectives strive to solve these cases, things could go wrong as they play a dangerous game with fate and time.

Who doesn’t like any IU show? For the past 1,300 years, an eternally young woman has been condemned for maintaining a motel for ghosts. She hires a young man to be the new manager of her hotel through deception. Throughout the series, Koo must contend with Jang’s capricious whims while also assisting ghosts with unfinished business in the mortal realm.

The whole world must have butterflies on their stomach when they finished this romance show! A South Korean heiress, goes paragliding and ends up on the wrong side of the Demilitarized Zone that separates both North and South Korea. A North Korean soldier, a captain in the North Korean Special Police Force, rescues her. They fell in love as expected. However, he must keep her identity hidden and return her home before anyone discovers who she is. Thanks to its A-list performers, a solid supporting cast, and a multidimensional picture of life in North Korea, Crash Landing on You was a rating hit.

Let us jump in and become a mafia boss with this recent Korean drama that catches our hearts! The local heartthrob Song Joong-ki stars as Vincenzo. An adopted as a child by the leader of an Italian crime family and grew up to become a consigliere for the mafia. Vincenzo has been forced to flee to Korea due to infighting and betrayal, where he meets a new enemy: a merciless CEO.

Swag! This light Korean drama will make you giggle every minute! It follows a girl and her passion for a sport that isn’t considered particularly feminine: weightlifting. She is not a slender stick and enjoys eating. She learns to embrace those two aspects of herself during the drama, which is a powerful message in this day and age. Her friendship became a romance with a swimmer, who falls in love with her just as she is. They develop into a loving, healthy couple who support one another through difficult times.

Let us form a bond with this drama, similar to the show Grey’s Anatomy, which follows five friends who have been inseparable since medical school and are now doctors at the same hospital. In and out of the operation room, the show portrays their difficult lives. And what’s one of their methods for letting off steam? By performing once a week in a band.

Craving for more charms? Here is the most recent one! This lovely romantic comedy follows a hotshot dentist from the big city who loses her job and tries to start over in a little seaside town. She meets the village’s down-to-earth jack-of-all-trades while settling into her new, significantly less glamorous life.

Most of these shows are now streaming on Netflix! What were your thoughts on my favorite Korean dramas? Please share your opinions in the comments section below, or feel free to recommend a Korean drama that you think we might love! 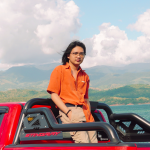 Edward Cayanga is currently the Head of the TV Broadcasting of The Vanguard, the official English School Publication of Eugenio Lopez Jr. Center for Media Arts Senior High School. He was born and raised in Nueva Ecija, Philippines. He likes to explore different skills in arts and journalism. As of now, he is fond of writing feature and news articles as well as photography.

Get These  Affordable Yet Quality Make-up Products from O.TWO.O only at Shopee Beauty!